I decided to try my hand at musical composition. This is my first piece. I call it "We Spin Together". 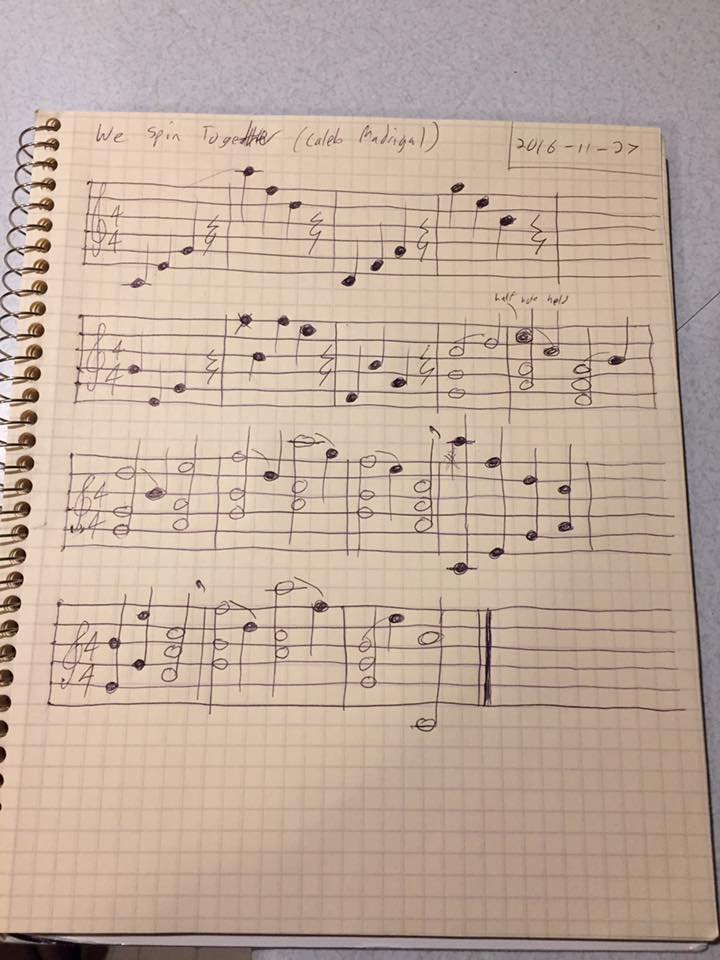 (This is just the melody)

And here's how it sounds:

I've continued on my (hopefully) short-term fascination with music+math (it's fun, but really bad for productivity). So I found this great library for generating music in Python called Pyknon. And it can be installed using pip: pip install pyknon.

I wrote a little python script just to help me understand some concepts in music theory like intervals and chords. It is meant to be read top to bottom (which is why I intersperse functions and variables throughout). It is NOT written in good modular form (in general, I don't recommend writing python like this). This code can also be used as an intro to the pyknon library.

For the last day, I've done some reading on music theory (trying to understand why things are the way they are in terms of math). Here are my raw unedited notes: