You can capture radio signals with Software-defined Radios (SDR), such as the HackRF. Gnu Radio is the main software I use for receiving and transmitting radio signals, but I've found Audacity, a program meant primarily for editing sound files, to be a great program for viewing and editing radio signals.

So I had these remote-controlled outlets (which I bought at Home Depot): 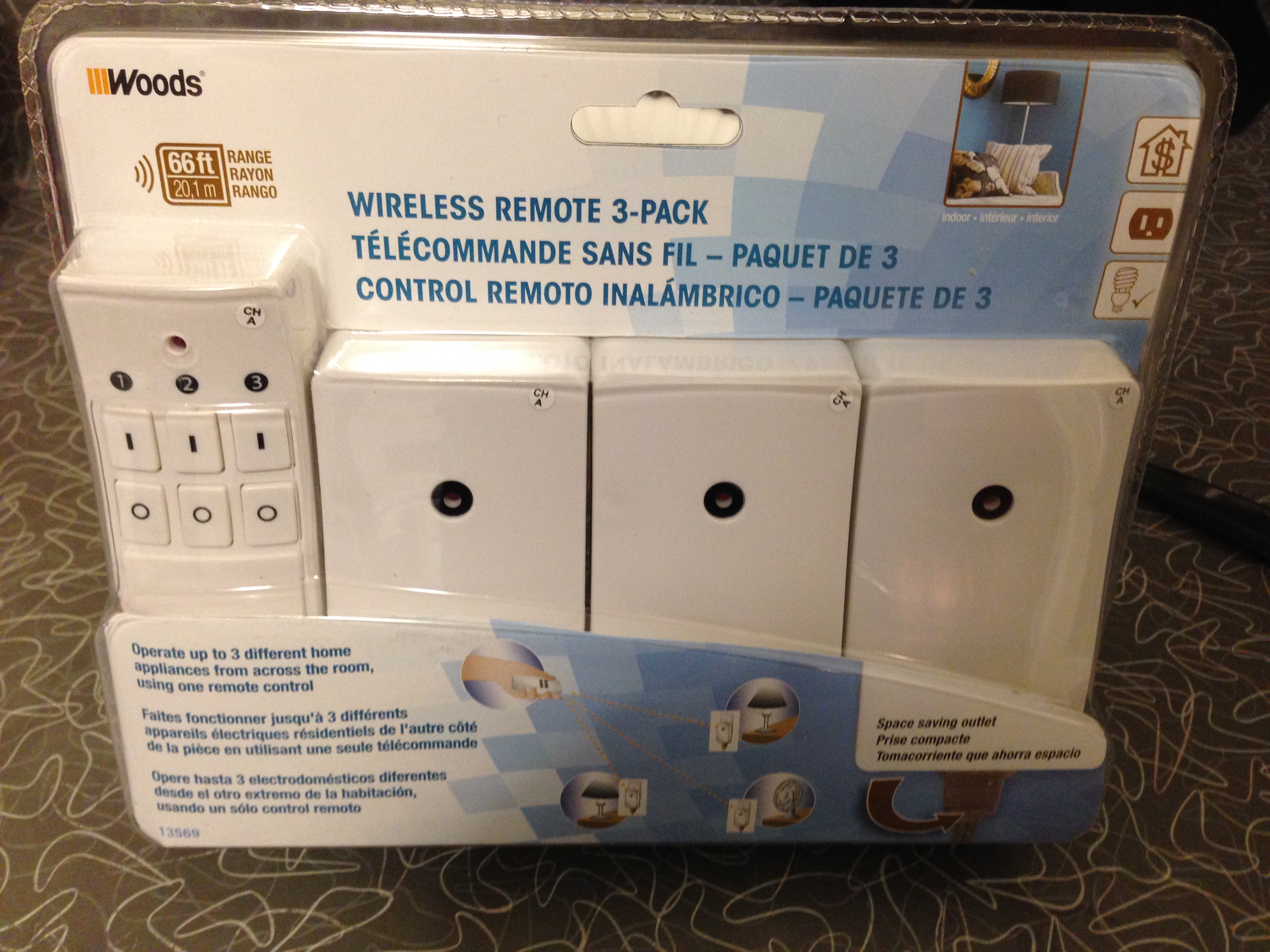 And I wanted to see what their wireless communication looked like...

So first I recorded the signals of the different outlets with this Gnu Radio Companion flowgraph: 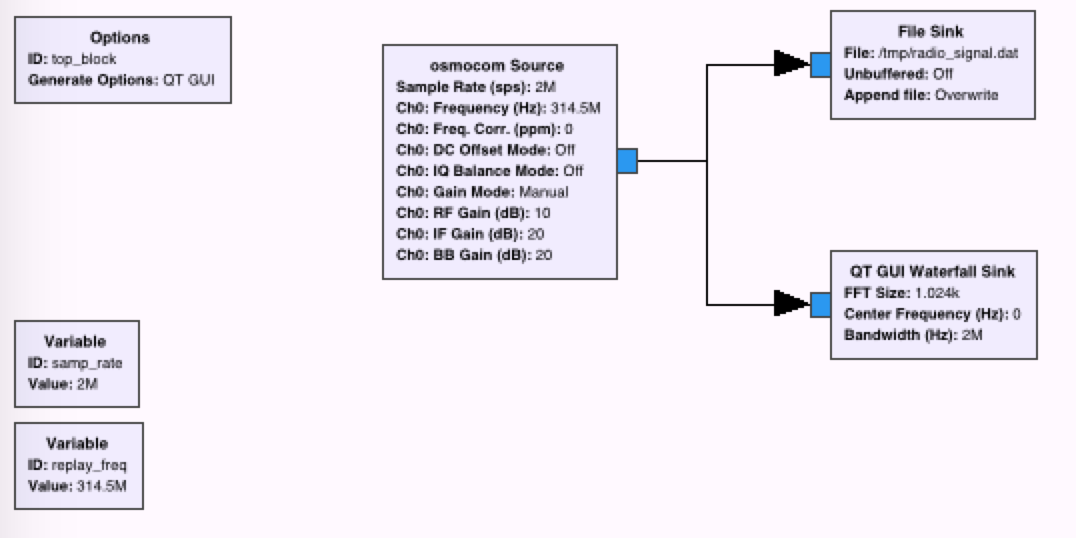 A few things to note about this flowgraph:

I recorded the signal sent by the remote control for both ON and OFF for each of the 3 outlets (so a total of 6 signals).

The next step was to import the signals into Audacity like this: 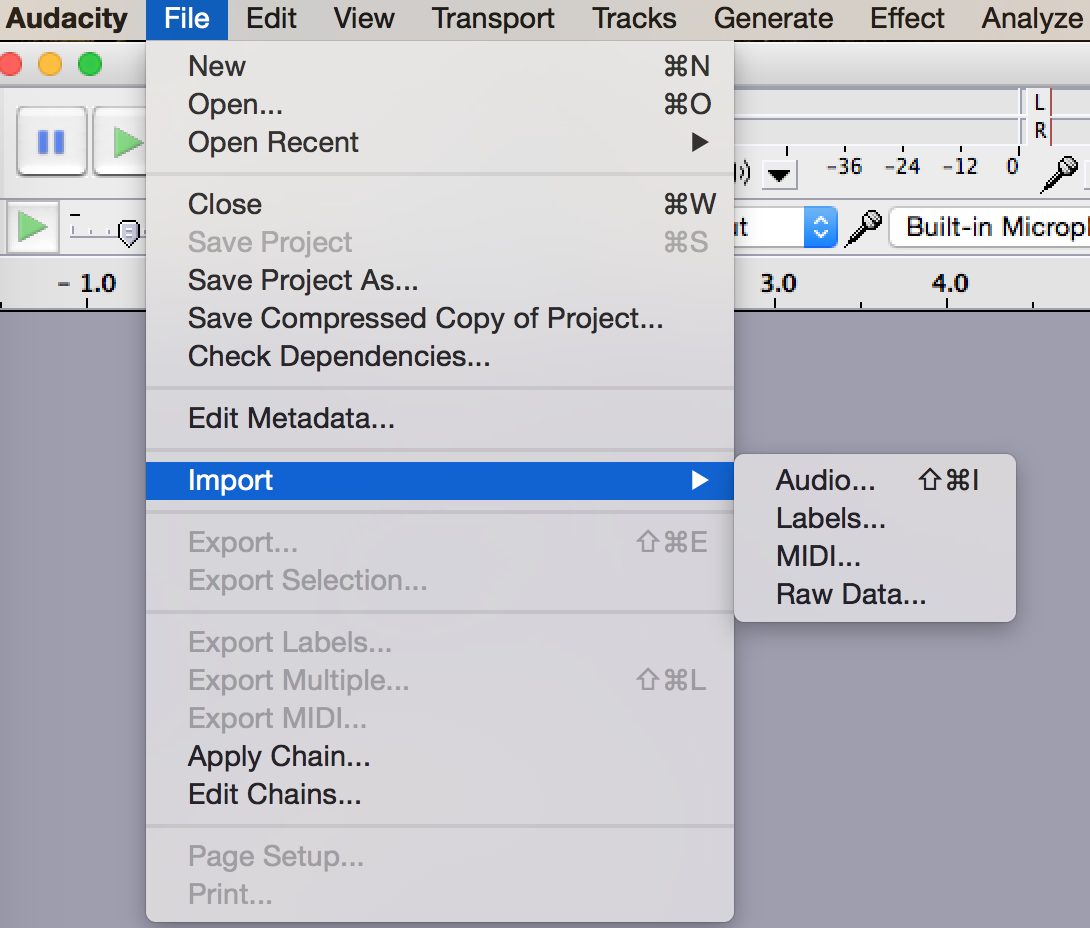 Make sure the sample rate is set to 2000000 (2 million samples per second), to match the rate at which it was recorded. I also found it's best to set the channels to 1 - Mono. It's also important to set the Encoding (32-bit float in my case) and Byte order (Little endian on Intel) correctly. 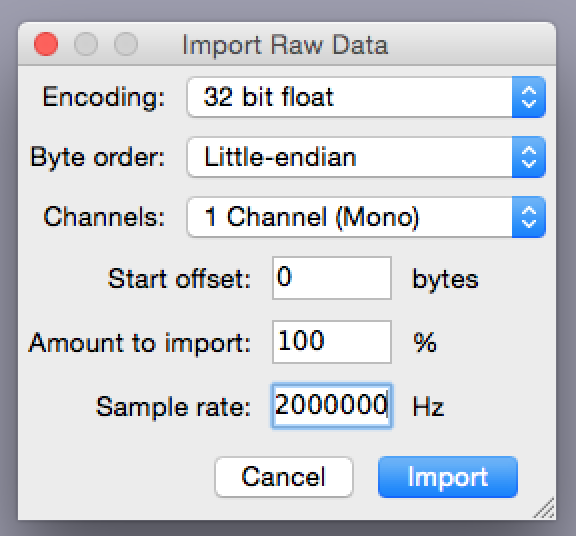 I was then able to see the waves of the signals in Audacity:

Further zooming in, I could finally see the individual bits being transmitted:

So this signal is transmitted with what is called On-Off Keying, which is what almost all wireless devices use to communicate. It just transmits signals by sending long or short pulses - just like morse code.

I found that the signals sent always start with a long "on", followed by the signal repeated again and again. Here is the "off" signal for outlet 2:

So here, you can see that the first group has the long "on" followed by a pattern, and that pattern is repeated a 2nd time in the other group.

Eventually, analyzed all 6 signals (3 on signals and 3 off signals), and found that the data transmitted by the remote looks like this:

Now, if you want to edit radio signals, that works well in Audacity as well. The only thing I've found this useful for is isolating the signal I'm interested in and saving that to a separate file (like for transmitting later). Here's how to do it:

Select the signal you want to isolate: 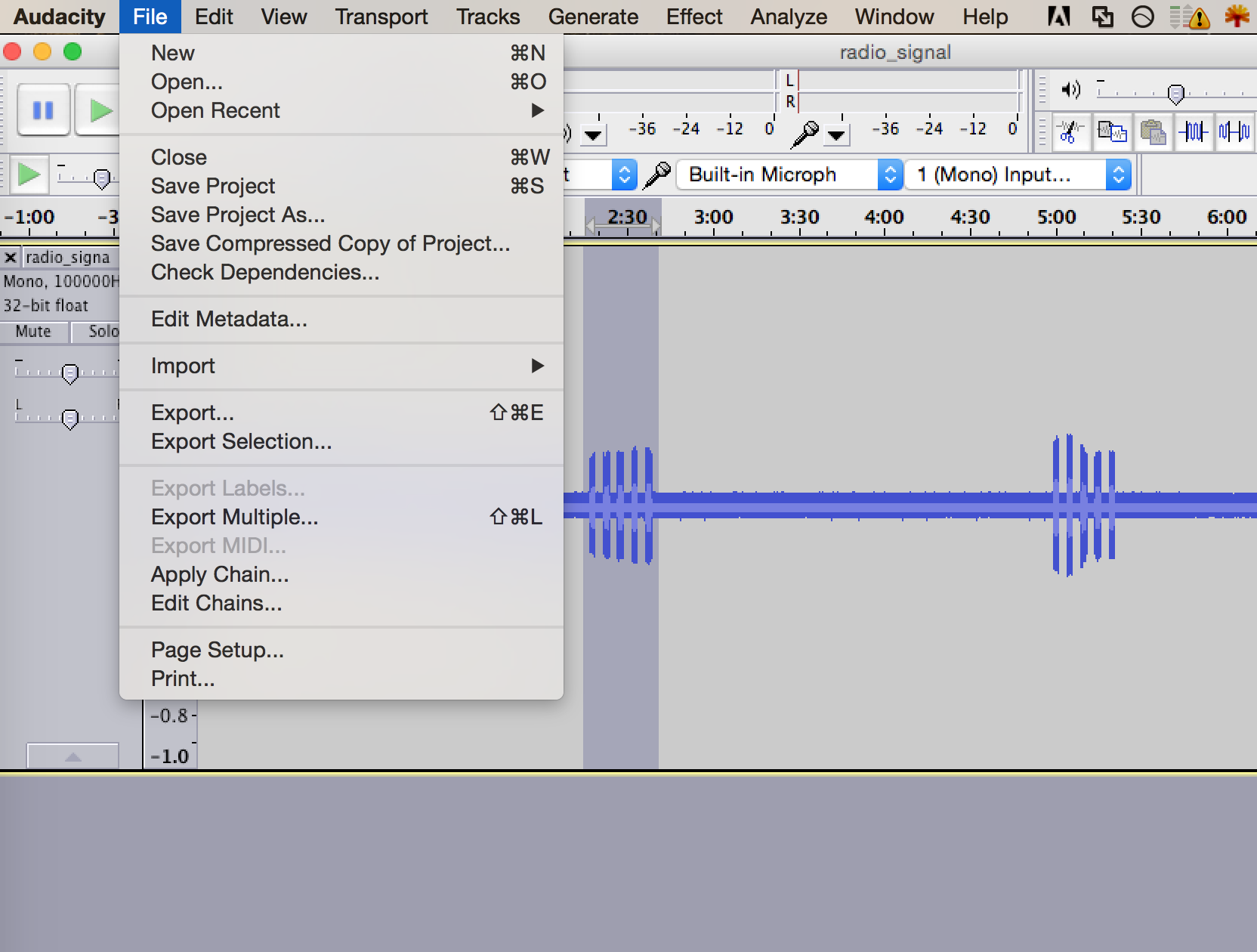 Select the format, "Other uncompressed files", and then click the "Options" button... 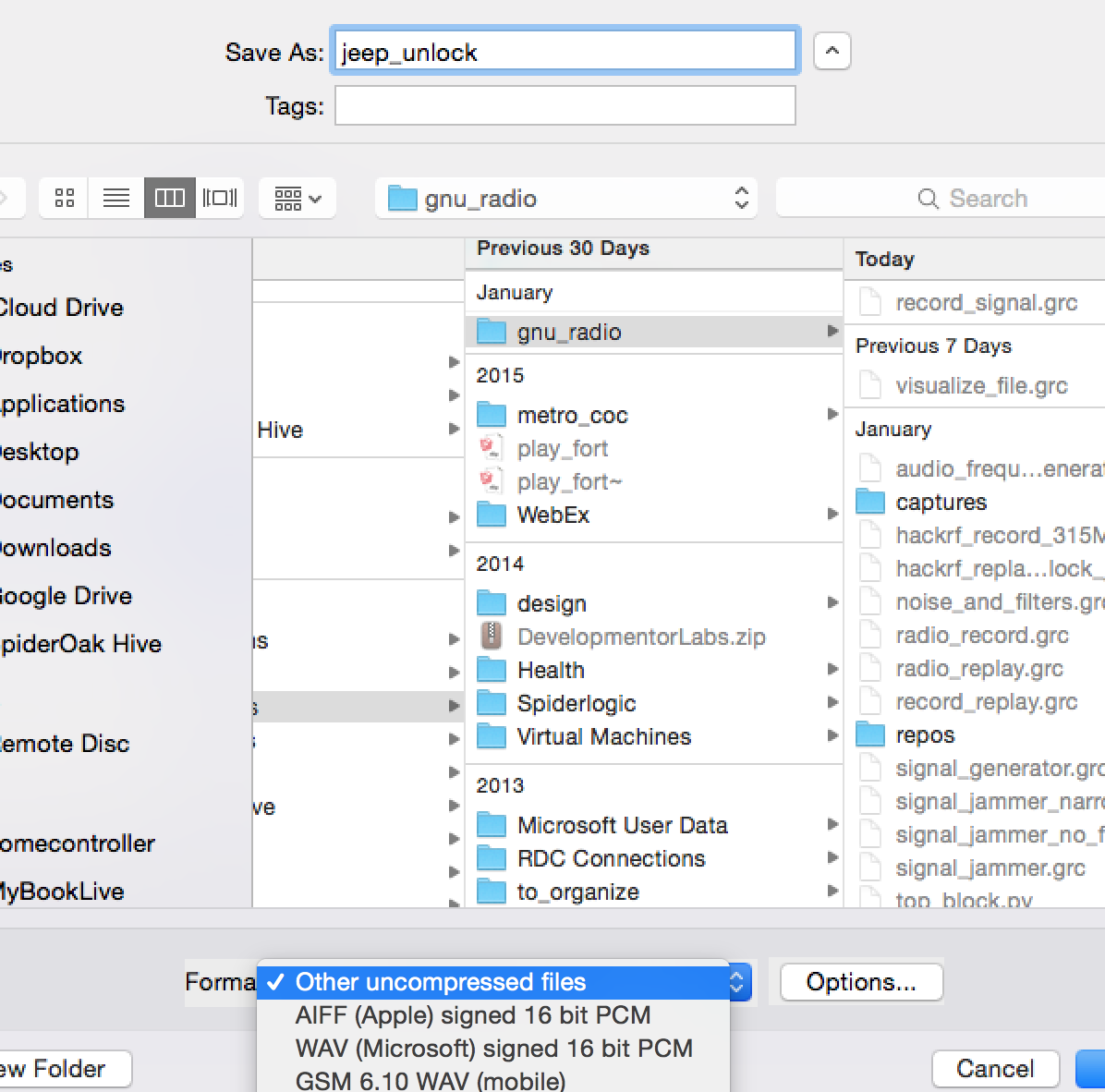 Select Header to be Raw (header-less) and Encoding to be 32 bit float: 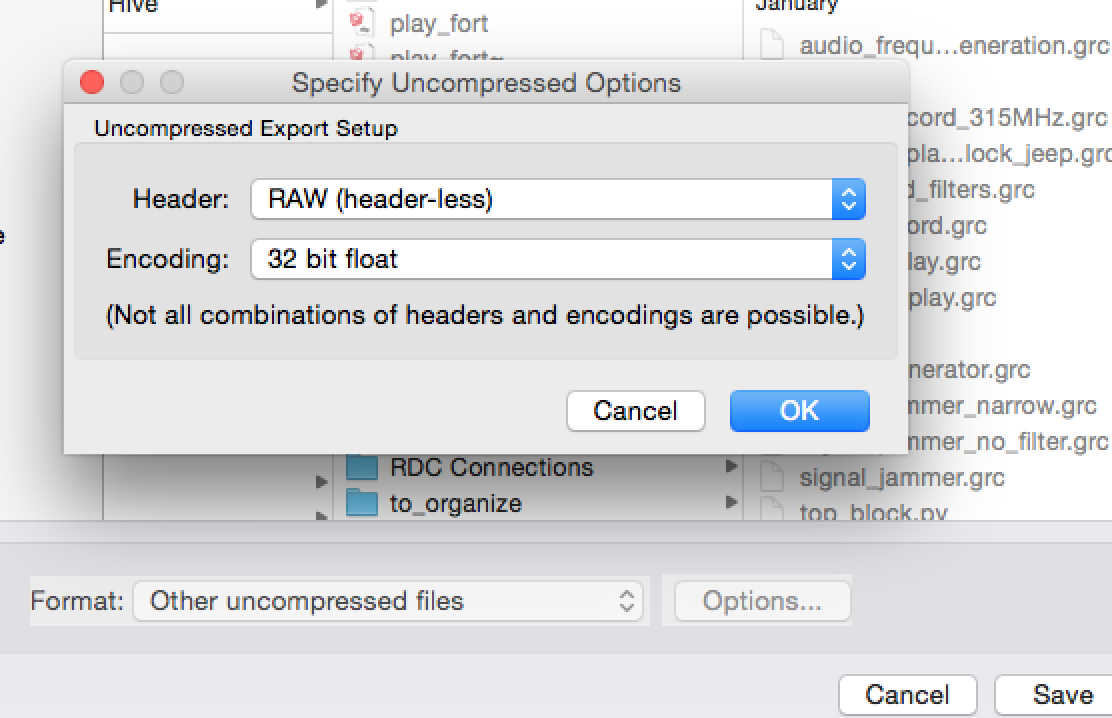 And finally, don't set any metadata. And click Ok: 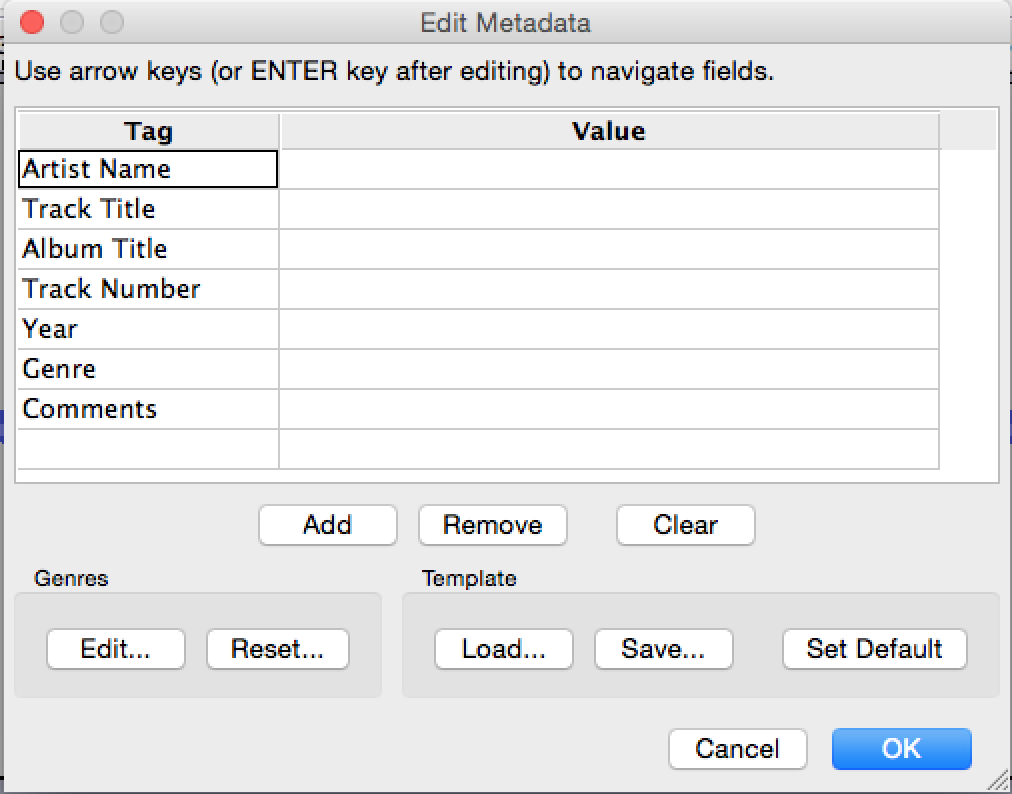 The file this outputs can then be used as an input to a Gnu Radio Companion flowgraph.