Since I've been getting into Machine Learning/Artificial Intelligence recently, I've been looking at various computing environments recently. Some of the contenders are:

Of these, I've tried Octave and Matplotlib. Matplotlib/Pylab is the software stack consisting of:

I've only played with Matplotlib/Pylab a little bit, but I like what I've seen so far. Here's 2 quick examples:

1. Displaying a Histogram of a gaussian distribution

First, make sure to run from matplotlib import * and from numpy import * 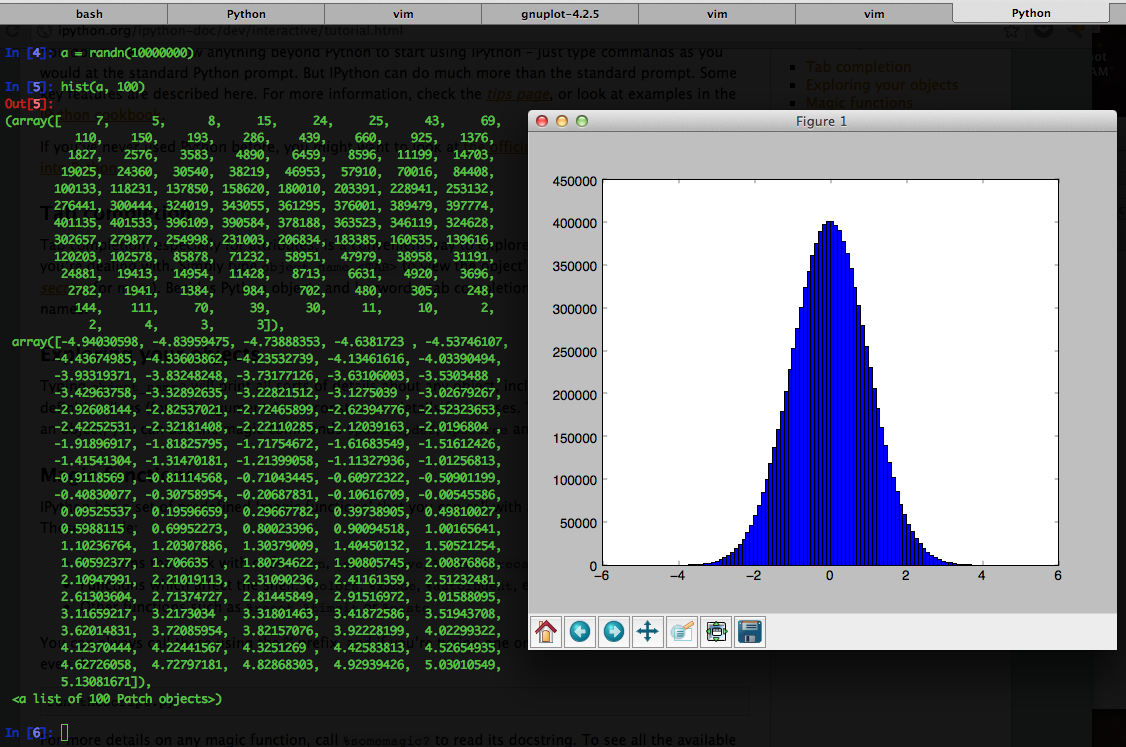 (I love how there are bell-shaped curves in the array representation of the histogram) :) 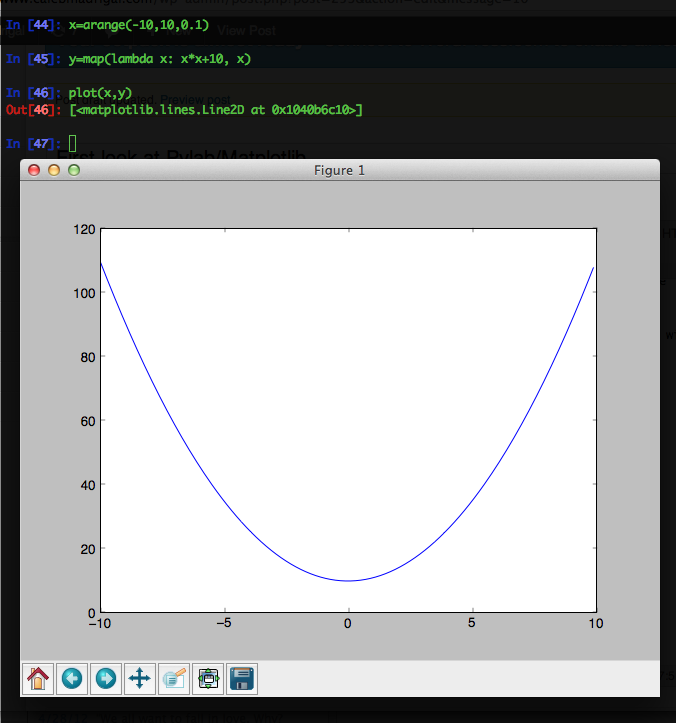 Also, there is a really good video from PyCon 2012 on Matplotlib: Plotting with Matplotlib.