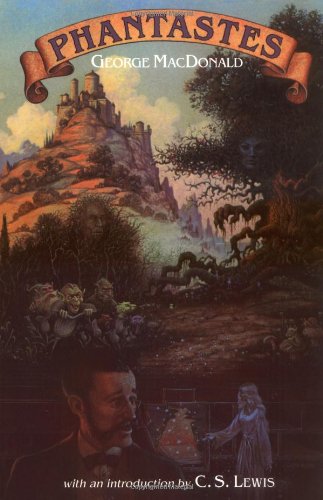 I recently finished reading Phantastes by George MacDonald for the 2nd time. The first time I read it, I really liked it. This second time, it became one of my all-time favorites. I've never experience any other work of art which feels so much like being in a dream.

To give you an idea of what it's about, here is the end of the Prelude:

"In a genuine fairy-story, everything must be miraculous, mysterious, and interrelated; everything must be alive, each in its own way. The whole of Nature must be wondrously blended with the whole world of the Spirit. In fairy-story the time of anarchy, lawlessness, freedom, the natural state of Nature makes itself felt in the world... The wolrd of the fairy-story is that world which is opposed throughout the world of rational truth, and precisely for that reason it is so throroughly an analogue to it, as Chaos is an analogue to the finished Creation." - NOVALIS

And here is how Chapter 1 begins:

And here is an excerpt from the middle of the book:

Then the woman spoke, but without lifting her head or looking at me: "You had better not open that door." This was uttered quite quietly; and she went on with her reading, partly in silence, partly aloud; but both modes seemed equally intended for herself alone. The prohibition, however, only increased my desire to see...

If you are interested in reading Phantastes, it is in the public domain, so it is available for free here and there is a free audio book rendition on Librivox.